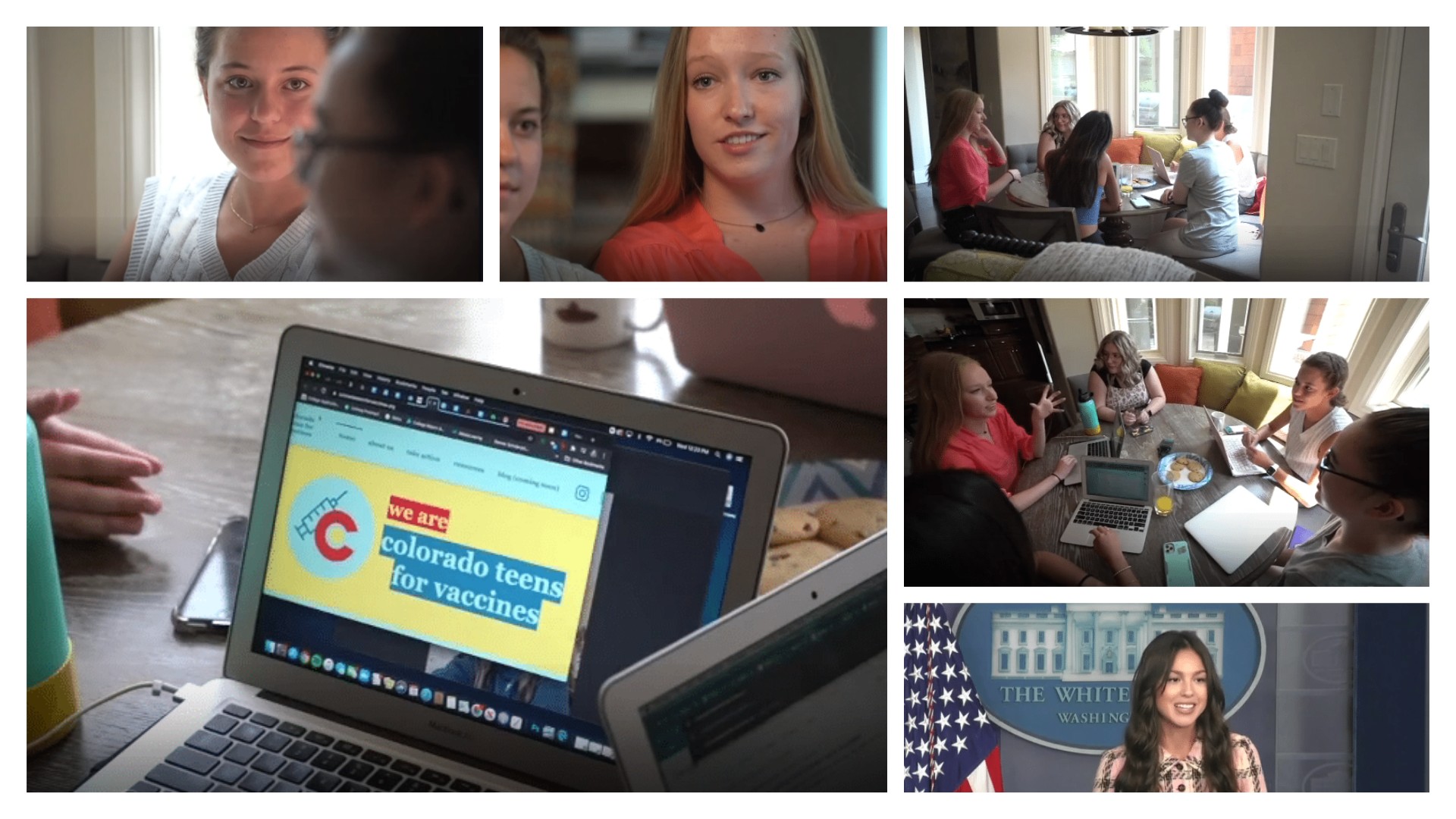 Two American teenage girls have launched a nonprofit campaign called “Colorado Teens for Vaccines” to talk Coloradan parents into vaccinating their kids. The genesis of their idea is pretty simple: they first met last year during a digital advocacy program, in which they realized that social media is where most mis- and disinformation originate and thus where they need to spread the truth out. Then under the auspices of their families and a college professor, they joined the US army of influencers as had 18-year-old Filipino-American singer Olivia Rodrigo, who had been enlisted by the White House to influence her teen fans. But Lily Lemme and Kate Seneshen, co-founders of the campaign, argue that teenagers are not supposed to be this superficial; their decision to get vaccines into their arms should be driven by science and reasoning rather than by pop-icon-induced emotion.

Influencing anti-vaxxers in America hasn’t been easy; at least 40 US states have required parents to vaccinate their teens, but the vaccination rates among those under 18, especially in the South, remain much below the 70 percent threshold of herd-immunity. So when even the high-profile governors have failed to convince their citizens, what are you going to expect from two teenagers? Before the camera, however, these two high-school seniors looked precociously calm and confident, without a trace of the taciturnity and exclusiveness their Chinese peers when outside of familiar country will ooze. Perhaps at this very same moment, the Chinese teens were being urged by their teachers, or even by themselves, to drudge for score-oriented tests. Fast-forward to the next decade, what would it be like when these young adults from two ideologically different lands met, or never would they for the gap between them was so vast?

Anti-US sentiments were already in the mainstream of China’s US policies since Washington slammed historic tariffs on Beijing, and by coining impromptu the phrase “China Virus” to justify the 9/11-scale mayhem of covid outbreaks in all his 50 states, Donald Trump further infuriated the Chinese. Then sure enough, China Dragon will, either on social media or in official TV newscasts, unleash His fiery anger toward Uncle Tom whenever there emerges something negative surrounding the United States. That evokes the way He confronted Japan some years earlier when the two neighbors were engaged in a heated territorial dispute over the South China Sea, although, to be fair, He hasn’t churned out any anti-US TV serial featuring grassroots heroes who would blow away single-handedly a squad of Navy SEALs without suffering a single scratch.

It seems that humans tend to become reckless when hating—if we hate something, we will hate every single fiber of it. In this fighting frame of mind, we can easily lose the ability to tell which part merits approval and which part doesn’t. Democracy, US-style, for instance, does have its share of hypocrisy, but it has without doubt brought prosperity and happiness to a huge number of lives so far in human history, as has Carl Marx’s communism. What we should resist is the malignant tumors lying dormant inside the American ideology, like the US invasion of a war-torn country in the name of bringing its dictatorship to justice and then in the very same political climate rebuilding an Islamic version of a democratic republic. We have no reason for hating American culture altogether simply because of some news outlet reporting on an undisciplined US soldier’s shooting of a civilian in a Middle Eastern village.

While watching the story on these two teenagers, I, from the prospective of a Chinese mother, felt the powerful impact of their potential to impact; I felt their vitality, their empathy, their penchant for conversation, and above all their vision, vision not only for their own careers, but for the whole society where they were born and raised. All the while, however, I couldn’t help remembering our Chinese students going to school in the early morning, their school uniforms literally uniform, their eyes dim with no vision, their visages weary with no spirit. The chasm is such as to make people love this open, inclusive American culture capable of inspiring those spirited youth. Does it have anything to do with US hegemony or white supremacy? Does a Cuban, or Russian, or Chinese proponent of the American ideology’s virtuous part have to be labeled as a traitor?